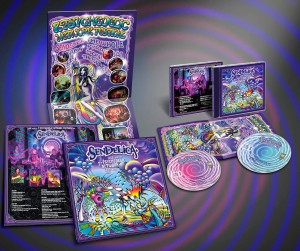 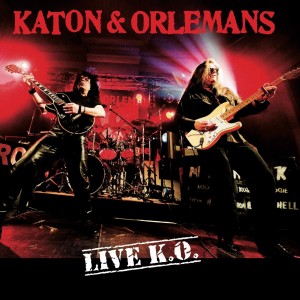 Recorded on 28 May 2015 at the Ribs & Blues Festival in front of several thousand Dutch blues fans during their „Knock Out Boogie Tour“, MICHAEL KATON & ROB ORLEMANS are playing their version of high-energy, hard-riding Boogie Blues Rock.

Two Monster Boogie guitar players who constantly challenge each other to transport their solos to new heights while the dynamic rhythm section of Piet Tromp and Ernst van Ee deliver a fat boogie groove that’s solid as a rock.

One of the highlights of the show is the version of „Fried Jalapenos“ lasting more than 8 minutes long which is fired up by Michael’s & Rob’s wild guitar duels.

This album appears as a tour edition and offers a raw ’n‘ direct mix to show you how MICHAEL KATON & ROB ORLEMANS deliver the (boogie) goods!!!

Michael and Rob take up the lead vocals of the songs they wrote personally.

Additionally included are two interviews from May 2015 which offer an interesting insight into the boogie world of MICHAEL KATON & ROB ORLEMANS.

Get on the boogie train!!!